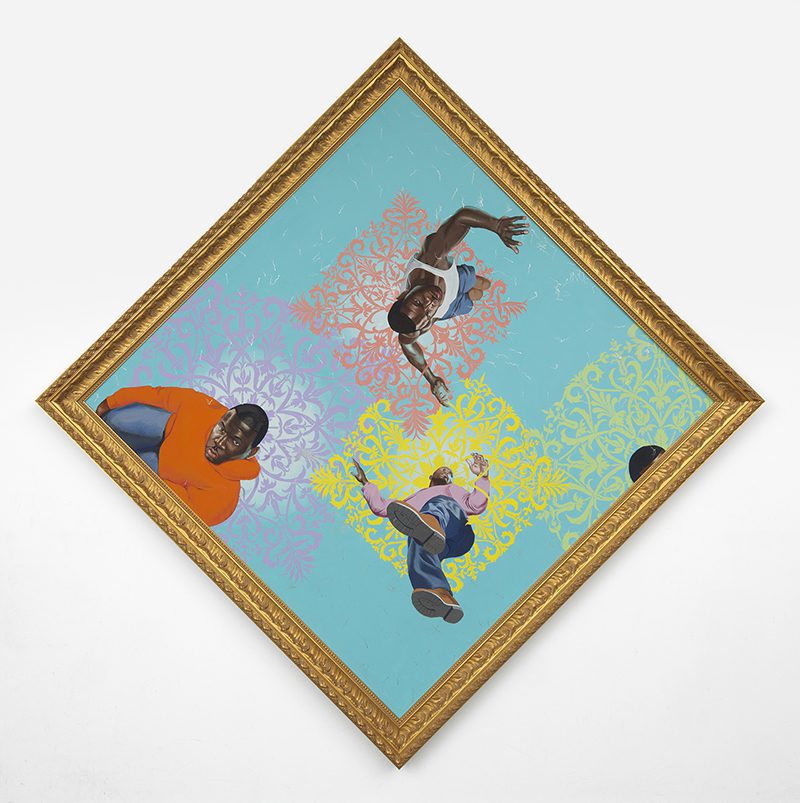 The Obama Portraits are now on display at the Art Institute of Chicago, through August 25.

President Barack Obama’s official presidential portrait was painted by Kehinde Wiley. But did you know that an earlier work by Wiley is on display on the Main Library third floor, open to all to experience anytime the library is open?

“By including artists such as Wiley in the library’s collection, by presenting them in a venue and format where anyone is welcome to see and experience them, we are saying that Black voices and lives matter, that historically oppressed voices matter, that all are invited and welcomed into our spaces to learn, to grow or just to be in a way they might not be welcomed to do those things in other places or spaces.”

For an in-person look at Wiley’s earlier work, visit the Main Library‘s third floor to see Wiley’s Easter Realness #2, a jewel in the library’s permanent art collection. Purchased in 2004 from the Rhona Hoffman Gallery in Chicago, the painting now overlooks the Main Library’s third-floor study rooms.

Framed in gilded gold, the painting’s vivid colors evoke the candy-colored dresses and suits that might be worn to an Easter mass. The men in Wiley’s painting, however, wear casual urban clothing—lug-soled boots, hooded sweatshirts, and baggy jeans—and seem to float in a background of robin’s-egg blue.

Wiley, whose paintings have been featured on the Fox drama Empire, and who was one of seven artists to receive a 2015 U.S. State Department Medal of Arts, blurs the line between traditional and modern in his work, borrowing from Old Master paintings, hip-hop, French rococo, and West African textile design. According to Wiley’s website, his paintings “quote historical sources and position young black men within the field of power.” In his Easter Realness series, Wiley asked random strangers from the streets of Harlem to assume their own versions of poses shown in classical European portraits of aristocrats and noblemen.