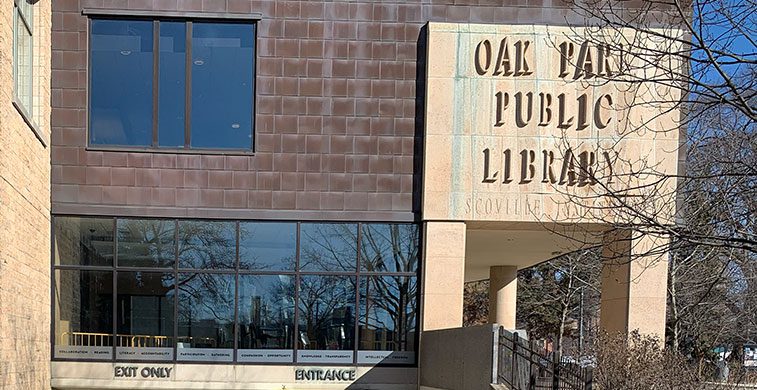 Public discussion and decisions about hiring the next executive director continue at special and regular board meetings. Find specific board meeting dates and times at oppl.org/calendar.

At its June 21 regular meeting, the Board of Library Trustees Fruth led discussion and collected trustee feedback on suggested interview questions and a ranking rubric developed by RGW Consulting to be used during virtual interviews. Watch a recording of the June 21 meeting on the library’s YouTube channel »

At its special meeting held May 31, the Board of Library Trustees voted to appoint Kristina Rogers as its newest library trustee for a special one-year term. Rogers will participate as a trustee at the Board’s next regular virtual meeting scheduled for Tuesday, June 21. Also at this meeting, Board President Matt Fruth said executive search firm RGW Consulting expects to present its final list of candidates for consideration. Watch the full May 31 special meeting on the library’s YouTube channel »

At its regular virtual meeting held May 24, the Board of Library Trustees Fruth said 40 applications were submitted from across the country. RGW narrowed the pool to six candidates for a first round of virtual interviews (recorded). RGW also engaged Village of Oak Park Trustee and library Anti-Racism Task Force member Chibuike Enyia and former library trustee Sarah Glavin to provide feedback on the recorded interviews using a scoring rubric. Watch the full May 24 regular meeting on the library’s YouTube channel »

At its regular virtual meeting held Tuesday, April 26, the Board of Library Trustees discussed progress on its executive director search and how it is sharing the job posting in a wider way than ever before. The goal is to cast as wide a net as possible for potential candidates. Watch the full April regular meeting on the library’s YouTube channel »

About the open position: for a library executive director who works independently following the policies of the board, is responsible for every phase of library strategy, including administration and management of operations, programs, collections and services, library staff, multi-faceted strategic plan implementation, technology, public relations, outreach and marketing, buildings and grounds, equipment, and budget. The starting salary range: $135,000 to $150,000 and the deadline to apply was 5 pm Friday, May 6. Review the executive director job posting here »

Board chooses RGW Consulting as its executive search firm

At its regular virtual meeting held Tuesday, March 22, the Board of Library Trustees voted to move forward with selecting RGW Consulting as its executive search firm, and has since signed a contract with RGW to help find and hire the library’s next executive director. RGW previously served as the library’s anti-racism journey consultant in both 2020 and 2021. Read more about that work here and see milestones called out in this library timeline. Watch the full March regular meeting on the library’s YouTube channel »

RGW will work closely with trustees and staff to refine the library’s current executive director job description as well as conduct a nationwide candidate search and selection process. Both library staff and the Oak Park community at large will be invited to be involved in the process.

From its website: “RGW is a boutique consulting practice skilled at guiding individuals and groups on an inquisition of curiosity and wonder about their goals and passions, particularly as it pertains to decolonization and deconstruction of systems that marginalize historically underserved and/or underrepresented people groups.” Learn more about RGW Consulting »